ONE LAST CHANCE TO AX THIS TAX SCAM – NOW!

COUNTDOWN: An outrageous 1,141 days still remain in this totally corrupt and compromised administration’s term in office…

Today marks the 76th anniversary of the sneak attack by the Imperial Japanese on Pearl Harbor, an event which propeled this nation into the most destructive and bloody war of all time, World War II.  As we contemplate today the massive bloodshed and tremendous suffering brought about by that war, our own CON-servative Republican Party, which now controls all segments of our federal government, is attempting to pull off another sneak attack – this time, an economic one, upon YOUR wallet and pocketbook! They have very dishonestly disguised this as a “tax reform” package, but  it is actually a tax cut package for the rich which will benefit mainly billionaires, who don’t need it – and will actually RAISE TAXES  on those earning less than $75,000 per year – the overwhelming MAJORITY of this country! This sneak attack has now passed in the Senate by a party line vote and will now head to a conference committee to be merged with a similar House vote and then passed onto the White House to be signed into law.

A MAJORITY 52% OF AMERICSANS OPPOSE THIS BILL, SO REPUBLICANS IN BOTH HOUSES MUST BE CONTACTED – NOW – IMMEDIATELY -TO BE MADE AWRE OF OUR DISAPPROVAL!!!!! CALL 202-224-3121  TO RAISE HELL ABOUT THIS BEFORE IT IS TOO LATE, AND LET THESE BOUGHT-OFF IDIOTS BE TOLD YOU WILL VOTE FOR DEMOCRATS IF THEY DON’T SCUTTLE THIS BILL IMMEDIATELY!!!!

Thrust upon us in the House by the lying House Speaker Paul Ruin (Ryan) and heavily advocated by the Liar-in-Chief Presi-dunce Donald Chump, this load of bullshit was hailed as being tax relief for all people, especially those in the shrinking middle class. In reality, it will cost $1.4 TRILLION over the next decade and will give over $1.2 BILLION in tax cuts for the Trump family alone, and rather than helping to grow small businesses, will actually increase their taxes over the next 10 years! This is an outrage, and an insult to all who pay income tax! Even worse, once Ruin and the rest of these foolhardy Republicans see the devastation their bill has wrought, their very next cynical move will be to either greatly reduce or even elominate altogether important, vital programs like Social Security, Medicare, and Medicaid – tremendous staples millions of elderly and needy people depend on! This CANNOT be allowed to happen!!!!!!!!!!!!!!!!!!!!!!!!!!!!!!!!

It is obvious that their primary aim is to deliver huge monetary gains to its donor class. It is important to note that this wretched party has had MINIMAL hearings and MINIMAL debate on this monstosity, (meaning that NO outside experts had the chance to comment on or provide advice), and have done their best to pass it in secrecy, with little fanfare. This nearly 500 page bill was given out to Senators only hours before the scheduled vote, to ensure that very little about it could be known or debated. That is an OUTRAGE! This donor class is composed of the ultra-billionare Mercer family, the greed-obsessed and ever-scheming

Koch brothers, and casino magnate Sheldon Adelson, among others, all of

whom are already awash in cash but have donated heavily to Republicans over the years and are now demanding a payback. These greedy billionaires all hate labor and government, and want to make them as powerless, weak,  and ineffectual as they possibly can. They refuse to recognize that government can be and often IS a force for good in this country. Instead, they greatly prefer being left alone and completely unburdened by any type of regulation at all – so they can freely dominate and control our economy and even its culture. These very willfully mistaken and so-called libertarians and supposed lovers of free enterprise fail to realize that the freer they, as members of the uppermost 1% MINORITY of our economy are, the less free will be all of those in the 99% MAJORITY beneath them on the income scale! This new party of fiscal irresponsibility will add an unbelievable $1.4 TRILLION to our national debt over the next 10 years if they succeed in passing this bill, according to a study done by the CBO. That is unsustainable, to say the least! The maddening thing about this plan is that it is completely UNNEEDED – the economy has remained strong ever since the days of Barack Obama; the stock market has set all-time records; and the country currently is approaching nearly full employment! THERE IS ABSOLUTE:Y NO NEED FOR A TAX CUT AT THIS TIME – PERIOD!!! For the Republicans and Chump to insist that our economy needs these tax cuts, or that they will somehow miraculously pay for themselves through increased economic growth, or that they will enable corporations to raise paychecks of workers, are bald-faced LIES! The  Joint Committee on Taxation released a study revealing that this insane plan will add only 0.8% in economic growth over the next TEN YEARS – so much for prudent economic responsibility! 😦  :-(!!!

Aside from that, money should be spent on very-needed infrastructure

projects, like fixing crumbling bridges, resurfacing miles of worn-out roads, and renewing disintegrating old buildings, as well as modetrnozing our rapidly aging airports and rail systems. THAT would be far more fiscally responsible and justified than dumping billions of dollars into the already-overstuffed wallets of billionaires! 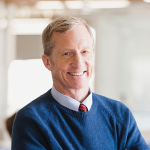 Thankfully, there is at least ONE billionaire who isn’t blinded by greed and actually sees clearly on this issue: Tom Steyer. He strongly opposes this tax cut and realizes it is a sham designed to funnel money upward rather than benefitting the poor and middle classes. He knows that Presi-dunce Donald Chump is a massive liar and con-man, and has launched a campaign to get that blowhard Liar-in-chief impeached and removed from office. To this end, he is funding a series of television ads out of his own pocket to urge Congress to impeach this charlatan. The sad fact of the matter, though, is that Steyer’s voice, among billionaires, is almost a lonely, solitary one.

Being diabolically self-possessed with their own well being, the rest of these  billionaires don’t care in the least about the majority below them, and it is therefore our DUTY to exercise our majority rights to MAKE them care through regulation and by using the powers of government to overcome their sordid efforts! These scoundrels have saddled us with a horrible and uncaring President, a

thoroughly rotten, and bought-out Congress, and are attempting to enslave us with this hideous tax package. That is why this blogger is calling on Congress to DEMAND that they AX this tax scam – NOW, or we will rise up in the elections of 2018 and again in 2020 to throw each and every one of their sorry asses out of office for GOOD! 😦

One sneak attack on a long-ago Dec. 7 was enough – we do NOT need another one now!
————————————————————————————————————————-
Please consider becoming a member of the only true, independent, non-commercial and fully viewer-supported media source available today – FREE SPEECH TV! At their website http://www.freespeech.org/ you can live-stream many of their great programs and see what you’ve been missing if you’ve only been watching our stale, corporate-owned, biased television networks. You’ll 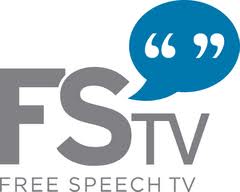 appreciate FREE SPEECH TV’s investigative journalism and fabulous documentaries. Please consider phoning in a pledge of support for them TOLL FREE at 1-877-378-8669 – ANY amount will be greatly appreciated – and you’ll be doing your part to ensure the continued existence of freedom of expression in Trump’s authoritarian America, and beyond. Rather than dipping into your bank account, you can also donate an old car, RV, or motorcycle to them instead. PLEASE consider becoming a member of the only network dedicated to amplifying the voices of those who are often marginalized or ignored altogether by corporate America. Kindly do so NOW – TODAY, and thank you so very much! 🙂
————————————————————————————————————————-
BE WITH US LIVE nearly every Sunday from 6 – 7 PM Eastern Time on BlogTalkRadio’s HERE-BE-MONSTERS THE SUNDAY SHOW. My co-hosts GWEN BARRY of ROUNDTREE7 Blog, WAYNE JOHNSON of MINDS AND TIMES OF F. WAYME JOHNSON, and I discuss a wide range of political, social, and economic topics in an open forum, often with additional guest activists and other persons of interest. Past guests have included ELEANOR GOLDFIELD of FREE SPPECH TV’s ACT OUT!; activist CHERRI FOYTLIN of Bridge the Gulf Project; comedian LEE CAMP of RT America’s Redacted Tonight, “The Progressive Professor” noted author Dr. RONALD FEINMAN, and many more! Call in to participate at (213) 816-0357 , or click on this link to hear an archive of past shows: http://www.blogtalkradio.com/here-be-monsters

I am an American Dissident trapped in a country where poor and middle class people are constantly being exploited and lied to by a very rigid and conservative plutocratic elite. I believe in government OF, FOR, and BY the people, not one controlled as it now is by corporations and special interests.
View all posts by jackjodell53 →
This entry was posted in corporate greed, economics, FREE SPEECH TV, libertarians, Politics, Presi-dunce Donald Chump, reactionary CON-servative Republicans, the 1%, THE MAJORITY 99% and tagged 2018 elections, 2020 elections, donor class, free enterprise, greedy billionaires, Joint Committee on Taxation, regulation, Sheldon Adelson, The Koch Brothers, the Mercer Family, Tom Steyer. Bookmark the permalink.

1 Response to ONE LAST CHANCE TO AX THIS TAX SCAM – NOW!