WHAT WILL OUR CORPORATE-OWNED MEDIA DO AFTER DONALD TRUMP IS VANQUISHED?

“It may not be good for America, but it’s damn good for CBS!”
– CBS CEO Les Moonves –

It is utterly disgusting that the once-great CBS, a one-time news leader and the home network of such noted top-notch investigative journalists as the late great Edward R. Murrow and the late great Walter Cronkite would stoop so low as to revel in the likes of Donald Trump. Chairman Moonves should be ashamed of himself and should begin an immediate overhaul of not only his philosophy but also the practices of his network’s so-called “news” division.

Thank God this insane and overly-built up-election will soon be over! The fact that it has lasted this long, with endless rounds of primaries and debates beforehand does NOT speak well for our media, our political parties, or the country as a whole! The raging spoiled crybaby Donald Trump will soon

disappear deservedly into the ranks of the defeated, and will fade from public view. I myself cannot wait for this to occur. There is some debate out there as to whether or not the media “created” Donald Trump. Regardless, it is undeniable that they have certainly enabled him and, in the process, have cruelly deluded a huge segment of the public. They have allowed this faker the  luxury of phoning-in his interviews rather than being there before them personally, and have followed him and his every utterance like a pack of young puppies, seldom questioning his authenticity or demanding proof until only very recently.  This is unforgivable.

According to MediaQuant, a company which tracks and analyzes all forms of media (including traditional print and broadcast, plus online sources like

Facebook, Twitter, and Reddit) and then computes a monetary value based on  advertising rates and how many people  actually viewed each example, Donald Trump – the self-proclaimed billionaire – has received nearly $3 BILLION in FREE advertising since May of 2015! This includes his innumerable calls to MSNBC’s Morning Joe, plus the coverage given to him by all mediaa concerning speeches at his many primary rallies plus outrageous campaign statements and rants he has had in this period leading up to the general election. So much for us supposedly having a “liberal” news media – that, like many far-right calims, is a LIE!

Our corpsrate-owned mass media is an absolute disgrace. In its insane, profit-driven battle to obtain the highest ratings possible, it has sacrificed truth and integrity while presenting infotainment rather than true, objective news or factual information. It prefers confrontation and spectacle to the truth, whichh it condescendingly considers too boring or unexciting for the public to watchh. It wishes to preserve that stirit of confrontation, and that is why, whenever one candidate surges ahead too strongly or quickly, it either devotes more time to the opponent or finds a way to raise doubts about the one who has gone ahead. This is inexcusable.  This raises a very pertinent question: what will our corporate-owned media do after Donald Trymp is vanquished, as he most surely will be?

disgraced ex-Fox “News” head Roger Ailes to form a brand-new TV news network to compete with Fox after the election. This network, like Fox, will devote itself to presenting the vilest lies and disinformation it can to further promote a solidy far-right economic and political agenda. It will try to attract the lowest-life, most hateful and bigoted audience it can. Should this event occur, we can only hope the end result will be the eventual downfall of both Fox and itself, and hopefully restore our news media to its original form of presenting real informalion and real news rather than the garbage it has been presenting from the mid ’90s until now. 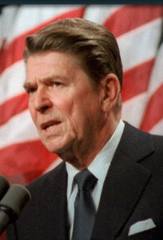 For Ronald Reagan was successful in getting rid of the Fairness Doctrine in 1987, which required licensees of the FCC (radio and TV stations) to present all sides of controversial issues that were of public imhortance in a manner that was honest and balanceed. It required broadcasters to give some of their airtime to discussing controversial matters of public interest, and to also air contrasting views regarding them. Naturally, Libertarians and free-market Republicans saw this as an infringement on station owners’ 1st Amendment rights, so they worked through Reagan to get this measure repealed. In 1996, the Republican-controlled 104th Congress passed the Telecommunications Act of 1996, which misguided Democratic President Bill Clinton signed into law. The Act’s stated objective was to open up telecommunications markets to competition by removing regulatory barriers.  The unfortunate end-result of this was the explosion of far-right, billionaire-financed talk radio shows and the birth of Fox “News” on TV – both of which allowed the lie to reign supreme in our media. Also, it provided for the eventual conglomeration of what had been many independent station owners into only 5 or 6 huge mega-networks owned by corporations which began presenting only sensationalism and corporate-friendly propaganda, often not reporting or MISreporting the news.

At this point, it is far too early to predict exactly how this Trump-Ailes alliance will progress, regress, or wholly disintegrate. We shall just have to wait and see if this “Trump TV” nonsense will disintegrate the way the previous Trump casinos have…
—————————————————————————————————————————
BE WITH US LIVE nearly every Sunday from 6 – 7 PM Eastern Time on BlogTalkRadio’s HERE-BE-MONSTERS THE SUNDAY SHOW. My co-hosts GWEN BARRY of ROUNDTREE7 Blog, WAYNE JOHNSON of MINDS AND TIMES OF F. WAYME JOHNSON, and I discuss a wide range of political, social, and economic topics in an open forum, often with additional guest activists and other persons of interest. Past guests have included ELEANOR GOLDFIELD of FREE SPPECH TV’s ACT OUT!; activist CHERRI FOYTLIN of Bridge the Gulf Project; DANIELLE GUILDAY of The THOM HARTMANN PROGRAM; comedian LEE CAMP of RT America’s Redacted Tonight, “The Progressive Professor” Dr. RONALD FEINMAN, and many more! Call in to participate at (213) 816-0357 , or click on this link to hear an archive of past shows: http://www.blogtalkradio.com/here-be-monsters
————————————————————————————————————————–

JOIN THE RESPECTFUL REVOLUTION BY VISITING http://www.respectfulrevolution.org/ AND BE AMAZED AT THE BEAUTY OF WHAT EVERYDAY PEOPLE DOING RESPECTFUL THINGS CAN ACCOMPLISH! THESE INCREDIBLE PROGRAMS ARE AN INSPIRATION, AND ARE QUALTY FAMILY ENTERTAINMENT THAT IS UPLIFTING AND SHOULD NOT BE MISSED – TELL YOUR FRIENDS! 🙂
————————————————————————————————————————
Please be sure to support independent, commercial-free media by becoming a member of FREE SPEECH TV! Visit their site at http://www.freespeech.org/ and see 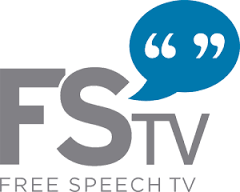 what you’ve been missing on corporate-owned mainstream networks. Consider pledging any amount – it’s all TAX DEDUCTIBLE – and you’ll be aiding the growing millions who want REAL news, and a definite alternative to constant corporate distortion and their policy of showing mainly factless, no-issues-allowed stories. Become a member TODAY!  🙂

I am an American Dissident trapped in a country where poor and middle class people are constantly being exploited and lied to by a very rigid and conservative plutocratic elite. I believe in government OF, FOR, and BY the people, not one controlled as it now is by corporations and special interests.
View all posts by jackjodell53 →
This entry was posted in Fox "News", FREE SPEECH TV, Politics and tagged Bill Clinton, confrontation, corporate-owned news media, DISinformation, Donald Trump, Fairness Doctrine, free-market Republicans, infotainment, Libertarians, LIES, profit-driven, Roger Ailes, Ronald Reagan, sensationalism, Telecommunications Act of 1996, Trump TV. Bookmark the permalink.

1 Response to WHAT WILL OUR CORPORATE-OWNED MEDIA DO AFTER DONALD TRUMP IS VANQUISHED?