“It may not be good for America, but it’s damn good for CBS…the money’s rolling in and this is fun…I’ve never seen anything like this, and this is going to be a very good year for us…it’s a terrible thing to say, but, bring it on, Donald. Keep going.”
– Leslie Moonves, Chairman of CBS  –

Mr. Moonves is absolutely right: what he said was indeed terrible. Why? Because he and his compatriots at all the other major corporate-owned  mainstream news media outlets have been distorting and withholding the real news from the public for far too long! Now they are

obviously trying deliberately to set up a presidential race between Democratic front-runners Hillary Clinton and Republican Donald Trump.  Whereas right after the primaries on Tuesday, Feb. 15, speeches by Clinton, Chump, Kasich,  Cruz, and Rubio (either victory or

concession speeches) were all aired in their entirety,  once Bernie Sanders began giving his speech, network media talking heads began talking over Sanders and quickly switched to Trump once he was ready to speak.

This was not only disrespectful to Sanders; it was utterly disgusting, unfair, and undeserved! Further, an additional Republican debate was totally canceled once it became known that Trump would not be attending –

unbelievable!
The heads of these corporate-owned mainstream media networks should all resign immedciately, for it is obvious

their lust for greed has replaced any objectivity or sense of civic responsibility they may once have had.  The quote above, taken right out of Moonves’ mouth itself, illustrates this perfectly. Another great example is how these media groups have given far greater media exposure to Donald Chump (Trump?) than they have to Bernie Sanders, even though the crowd size at various Sanders  gatherings

has often been much more sizable than at those of Trump. With the sole exception of Free Speech TV (a fully viewer-supported, non-corporate and non-commercial network), virtually all of the corporate owned or dominated media have chosen to ignore Sanders altogether. They fear a Sanders presidency and are doing all they can to marginalize or eliminate him completely.

We all know how this horrible corporate-owned mainstream media we have is addicted to spectacle, confrontation, hyperbole, and violence. Regrettably, in Donald Trump they have discovered a slice of all of those negative elements. Consequently, they have become obsessed with him and are mistaking his every utterance or action with real news. These ruthless, profit-driven networks revel in every insulting and bombastic remark that Chump makes, and permit him to say all sorts of inaccurate things with little or no challenge or scrutiny. At the so-called Republican “debates” he is given far too much time to speak – so much so, in fact, that other candidates are neglected. Little of substance is presented during these sessions, and they are an insult to the intelligence of all but the most fanatical reactionary crazies. Important issues like the growing wealth disparity, climate change, over-expenditures by the military / industrial complex, the disappearance of the middle class, Republican voter repression efforts, and a great many other issues are all but ignored or glossed over. For

example, Tea Party-darling Republican North Carolina governor Pat McCrory and his Republican-controlled General Assembly just passed a sweeping bill which would prohibit any city in that state from adopting any ordinances which would protect against discrimination against LGBT persons, and prior to that severely curtailed voter registration in that state. These extremist types love to rail against federal government regulation efforts, but hypocritically place very restrictive authoritarian limits over their own cities. Much of this is overlooked and goes largely unreported on the major mainstream networks. Obviously, the networks don’t care – they are selling spectacle, not fact – and as long as ratings are good and commercial time can be sold, they are happier than pigs in a pile of manure. They are too greedy to realize that their dumbing-down of the American voter will have very serious consequences – perhaps even lead to a nuclear holocaust – should voters elect the wrong person to the presidency. There is a growing and grotesque brainpower vacuum in these “debates” – and, as is almost universally the case,  once again voters are getting severely shortchanged and cheated. They are letting a modern-day P.T. Barnum – a master carnival barker like Donald Trump – lead the entire electorate off a cliff  just for the sake of extra profit. Let us not forget that spectacle is not reality. nor is it realistic and coherent policy, and even a dumbed-down voter knows the difference. Is it any wonder that American

voters are angry and frustrated? Is it any wonder that they are turning to manipulative 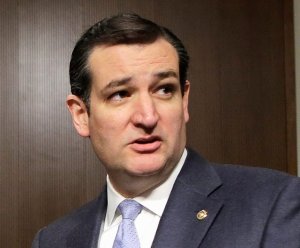 maniacs like Ted Cruz or Donald Trump, or that they hate and greatly distrust a  political system they feel is always betraying them? Who can blame them? Lobbyists funnel millions of dollars into Congress unchecked, securing untold favors for their favored clients, the 1%, which the MAJORITY 99% has to pay for with their taxes and through increased marketplace prices.  WHEN WILL THIS MADNESS END?
—————————————————————————————————————————-

Once again, my friends, it is pledge drive time for the one and only completely viewer-supported, non-corporate and non-commercial progressive TV network – FREE SPEECH TV. I encourage you to donate to them by visiting their website at http://www.freespeech.prg, or by calling them toll-free at 1-877-378-8669. This is their 20th anniversary year, so let’s enable them to keep bringing us informative

and revealing documentaries and intelligent and FSenlightening programming like Democracy Now! with award-winning investigative journalist Amy Goodman; well-researched and well-reasoned commentary with The Thom Hartmann Program; the musings and awesome presentations done by the very talented activist Eleanor Goldfield on Act Out!; news the major corporate-owned mainstream media all but ignores or distorts on Ring of Fire with trial lawyer Mike Papantonio; thought-provoking and provocative analysis of political and social trends on The David Pakman Show, great in-depth coverage and information from Eleanor Goldfield on ACT OUT!, plus much, MUCH more! Remember: by becoming a member and giving a tax-deductible gift, you will be helping independent media and counteracting the lies and distortions found on corporate media. Remember, too, that ANY size donation is appreciated; that you can even split your donation into 12 monthly parts; and that, depending on the size of your contribution, you can even obtain gifts like books, CDs, DVDs, t-shirts, hoodies, mugs, tote bags, baseball caps, and even more! Take the initiative and donate TODAY!
————————————————————————————————————————— 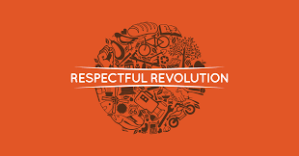 JOIN THE RESPECTFUL REVOLUTION BY VISITING http://www.respectfulrevolution.org/ AND BE AMAZED AT THE BEAUTY OF WHAT EVERYDAY PEOPLE DOING RESPECTFUL THINGS CAN ACCOMPLISH! THESE AMAZING PROGRAMS WILL ONCE MORE BE SEEN THIS SPRING ON FREE SPEECH TV!!! 🙂
—————————————————————————————————————————
BE WITH US LIVE nearly every Sunday from 6 – 7 PM Eastern Time on BlogTalkRadio’s HERE-BE-MONSTERS THE SUNDAY SHOW. My co-hosts GWEN BARRY of ROUNDTREE7 Blog, WAYNE JOHNSON of MINDS AND TIMES OF F. WAYME JOHNSON, and I discuss a wide range of political, social, and economic topics in an open forum, often with additional guest activists and input from the fine cadre of writers found at the Roundtree7 site. Call in to participate at (213) 816-0357 , or click on this link to hear an archive of past shows: http://www.blogtalkradio.com/here-be-monstersTHANK YOU!

I am an American Dissident trapped in a country where poor and middle class people are constantly being exploited and lied to by a very rigid and conservative plutocratic elite. I believe in government OF, FOR, and BY the people, not one controlled as it now is by corporations and special interests.
View all posts by jackjodell53 →
This entry was posted in commentary, corporate greed, lobbyists, Politics, the 1%, THE MAJORITY 99%, wealth disparity and tagged authoritarian rule, Donald CHUMP, Donald Trump, North Carolina, Pat McCrory, reactionaries, Ted Cruz. Bookmark the permalink.

6 Responses to WHY CORPORATE MEDIA PRESIDENTIAL DEBATES ARE CHEATING VOTERS!