As I contemplate this past year, I keep wishing it would end, so we can attempt to begin anew in 2014. It has been said that hope springs eternal, and I believe that to be a good thing. For 2013 proved to be a difficult year for me, both privately and in the world events, political and economic, which helped shape it. In August I lost my youngest brother to esophageal cancer. He fought it valiantly for 17 months, but it eventually claimed him in the end. While this was a year of many disappointments, I recognize that nothing is always all bad or all good, and, being basically optimistic at heart, I realize there are a few hopeful signs to look forward to. But before I muse over those hopeful signs, I will first disclose and then discard the intense negativity which seemingly permeates so much of our topical discussion.

The Tea Party has proven itself to be one of the most destructive forces to ever assault our federal government. It has all but devoured the once great Republican Party and has transformed it from a cautious, respectful, thinking person’s conservative party into a reactionary one obsessed with turning the clock backward to the late 19th century in nearly all matters social, economic, and governmental. It presently controls the House of Representatives and its proponents have been largely successful in both paralyzing and then shutting down the federal government for a time as well as inflicting a disastrous austerity-style budget on this country. I doing so, it has vastly added to the growing ranks of the poor and disenfranchised in this country today, and that is NOT a good thing! The only real beneficiaries of this reactionary group of extremists’ policies have been the wealthiest 1% and a narrow band of highly deluded, government-hating libertarians. Not so coincidentally, those were the very same groups which founded and still continue to fund this incredibly myopic and destructive force. They have made a sham out of government and have established a sort of dictatorship by the minority, in which only the 1% truly prosper at the expense of the 99% MAJORITY, especially the bottom tiers of that majority. This cannot and MUST NOT be allowed to stand any longer!

The ever-profiteering corporatist status quo has ceased to provide opportunity and wealth for the majority of citizens and now caters primarily to special interests which are overwhelmingly funded by the richest 1%. This has led to the least productive Congress in the entire history of the United States and a huge amount of justified disgust band distrust among the 99% MAJORITY. We are now bombarded constantly with nauseatingly misleading advertisements in our media. A large share of our primary sources for vital information have become centers of disinformation and distortion rather than truth. This negative corporatist influence is confusing the mass public, dividing them, and cheapening the American way of life in the process. Corporatism has become rampant: it has completely bought out the Republican Party and dominates the Democratic Party to such a huge degree that, true public servants devoted to economic justice, like Keith Ellison, Elizabeth Warren, and Bernie Sanders, find themselves marginalized.

Regarding gun safety issues, this mediocre, bought-out Congress completely ignores what the majority of voters favors: stricter firearms procurement regulations. The same is true for the ever-widening disparity of wealth – here, an overwhelming majority of the public favors a much-needed rise in the minimum wage, but this do-as-little-as-possible Congress does virtually nothing to aid these desperate lower wage workers. To add insult to injury, they have even voted to drastically cut food stamps! The logic of this move is bafflingly absent, as the debt and deficit have been steadily shrinking! What the hell are these fools thinking, anyway?

The ONLY solution is for us to elect a strong, progressive-minded majority to Congress in 2014, and a strongly progressive President two years after that!

While President Obama campaigned as a bold, groundbreaking progressive back in 2008, he has proven himself to be far more moderate than most of us had hoped he would be. His cozying up to Wall Street while doing very little for those on Main Street has been a major disappointment. So, too, has been his half-hearted effort to end the war in Afghanistan, as well as his use of drones and his failure to rein in what has become an overly-paranoid spying program by the National Security Agency. In his defense, he has had virtually no cooperation from a bitterly hostile reactionary Republican-controlled House. but it is this blogger’s humble opinion that he could have done a much better job in dealing with Congress by being far less aloof with them. He has shown a maddening tendency to coo when he should have been roaring, and also to roar when he should have been cooing with them. He has allowed sinister elements in the GOP to frame his debates with them rather than the opposite. His Affordable Care Act rollout was a botched effort and a perfect case in point. Consequently, he has lost much of the political capital he gained with his re-election, and now the common people are paying the price. That, too, is why the choice for President in 2016 must be a bold progressive who can skillfully and effectively push his or her agenda through an often- reluctant Congress.

On the more positive side of the scene, the opponents of corporate greed have been blessed with an unexpected new ally from an unexpected new source. I am speaking of the Roman Catholic Church’s new pontiff, and Time 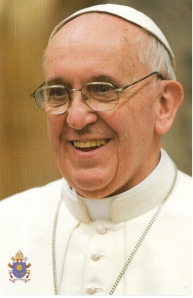 Magazine’s Person of the Year for 2013 – Pope Francis. With his courageous stand against capitalist greed, and through his call to end its over-preoccupation with culturally divisive issues like abortion and gay rights, this pope is trying to foster a much needed and long overdue shift in the Church. The end result should be a return to Catholic values of the 1950s and 1960s, when the Church took an active role in support of economic justice and civil rights – concerning itself as it should with issues of fairness, equality, and nondiscrimination. This is a very welcome change which will yield global benefits.

One thing is for certain: progressives cannot afford to sit idly by and let the Tea Party devour the Senate the same way they gobbled up the House in the disastrous midterm elections of 2010. No, friends – we must fight this destructive, anti-government and anti-progress force with everything we can to get this federal government back on track and working for the benefit of the 99% MAJORITY once again. For, if the 99% all get out and vote for progressives, it won’t matter what the 1% with all its money does! So let’s all gear up for a long fight, and may our combined efforts pay off at long last!

I am an American Dissident trapped in a country where poor and middle class people are constantly being exploited and lied to by a very rigid and conservative plutocratic elite. I believe in government OF, FOR, and BY the people, not one controlled as it now is by corporations and special interests.
View all posts by jackjodell53 →
This entry was posted in conservative Republicans, corporate greed, corporatist, Democratic Party, economics, extremists, libertarians, Politics, Progressives, reactionary Republicans, special interests, Tea Party, the 1%, THE MAJORITY 99%, wealth disparity and tagged 2014, 2016, abortion, Affordable Care Axt rollout, Afghanistan, Civil Rights, economic justice, gay rights, gun control, Main Street, military drones, National Security Agency, nondiscrimination, NSA, Pope Francis, President Obama, Roman Catholic Church, Wall Street. Bookmark the permalink.